For our English Bookbox in June we chose a “fiercely and unapologetically feminist tale of endurance and revolution set against a gorgeous, unique magical world” (S. A. Chakraborty). Inspired by Indian folklore with a sapphic romance, we are really excited about this one! 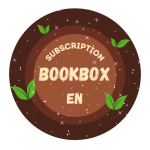 NEW: Bookbox Subscription, click here for more information. You save 4,50 euro and will never miss out on a box!

“About resistance and power, histories both personal and political, and the heroes who must become monsters to survive.“

The book will be released on the 10th of June. Below you can read more about the book and decide if it is something for you!

This bookbox will be shipped within 2 days!

The Jasmine Throne by Tasha Suri

The theme of our English bookbox of June is ‘Burning Kingdoms’, the name of the trilogy of which ‘The Jasmine Throne’ will be the first book. We believe this will be a wonderful book; a fantasy with morally grey characters, great worldbuilding and a sapphic romance. The book is shelved as young adult and adult, so we think it is not suitable for readers that are too young (under 15).

In every bookbox you will find between five and seven goodies. We put a lot of effort in the goodies that accompany the book in the bookboxes. We try to really find goodies matching the story, small gifts inspired by the storyline or the theme.

More information about The Jasmine Throne by Tasha Suri

Author of Empire of Sand and Realm of Ash Tasha Suri’s The Jasmine Throne, beginning a new trilogy set in a world inspired by the history and epics of India, in which a captive princess and a maidservant in possession of forbidden magic become unlikely allies on a dark journey to save their empire from the princess’s traitor brother.

Imprisoned by her dictator brother, Malini spends her days in isolation in the Hirana: an ancient temple that was once the source of the powerful, magical deathless waters — but is now little more than a decaying ruin.

Priya is a maidservant, one among several who make the treacherous journey to the top of the Hirana every night to clean Malini’s chambers. She is happy to be an anonymous drudge, so long as it keeps anyone from guessing the dangerous secret she hides.

But when Malini accidentally bears witness to Priya’s true nature, their destinies become irrevocably tangled. One is a vengeful princess seeking to depose her brother from his throne. The other is a priestess seeking to find her family. Together, they will change the fate of an empire.

We try to package the book and goodies in a way that you really receive a gift-box. A wonderful present for yourself or to give away! We offer the possibility to leave a personal note for the receiver. While ordering you can leave a comment which will be written on a nice card and placed inside the box!

Engelse Boekenbox September – a Gift and a Curse